On the Spectrum. Our Voices. 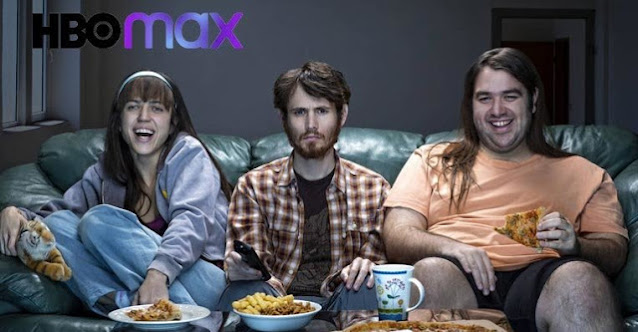 HBO Max’s On the Spectrum began streaming in the U.S. on World Autism Day. From yes Studios, the producers of Netflix’s Fauda, On the Spectrum is a hit Israeli series that received nine Israeli Television Academy Awards including Best Screenplay, Best Director, and Best Series.

HBO Max acquired the English language rights to On the Spectrum and contracted VSI Los Angeles studios to produce a U.S. English dub for the original series. Exceptional Minds was called in to review the scripts for autism authenticity and in the process, suggested that our artists might be interested in auditioning for voice over acting roles.

We announced auditions during a weekly Exceptional Minds roundtable discussion attended by alumni, staff, and students—many of whom ended up auditioning.

On the Spectrum Voice Director Kate Jopson said they each brought “a depth of performance and understanding” to their characters. “It was this instantaneous empathy and understanding that existed and that registers in the voices,” she said of her first impressions of Shane, Adam, Jacob, and Kate. “That can speed up the dubbing process and makes my job easier,” she added.

The four auditioned and were chosen among a large casting call of professional voice actors. In addition to acting, they are also brilliant and talented animators in their own right and important artists in our expanding Exceptional Minds community.

Adam, who voiced over 7,000 lines for the show’s lead character Ron, did an extraordinary job capturing the many layers of Ron’s complex character. Since graduating from Exceptional Minds in 2016, Adam has done video editing, visual cleanup, and animated shorts as an artist for the Exceptional Minds working studio. He spent several years at Warner Bros. Animation on shows including Bunnicula, Wacky Races, Teen Titans GO!, and Dorothy and the Wizard of Oz. Most recently, Adam was an Assistant Production Manager on the Scooby Doo! animated movie The Sword and the Scoob.

Shane, the voice actor for lead character Shimon, was the primary creative for Benny’s Story, an animated short created by Exceptional Minds studio for Sesame Street that was nominated for a 2016 Daytime Emmy Award.

Jacob Lenard, who is the voice for On the Spectrum’s Amit, is also a regular in our Exceptional Minds professional studio with an impressive resume, including his role as a lead project manager and animator for the Sesame Street: Story Time with Julia and Samuel/Super Fluffster project. He also has a popular YouTube channel with nearly 22 million views of his many original series.

Student Kate McSpadden, who voiced characters Rita and Shimrit as well as “walla” (background conversation) for On the Spectrum, will graduate Exceptional Minds in 2022 with On the Spectrum noted on her resume.

We are proud of these artists for taking risks and pursuing new opportunities. Who knows what new ground they will break next!

Exceptional Minds, a California non-profit of the year, is an academy and studio preparing young adults on the autism spectrum for careers in animation, visual effects, 3D gaming, and other related fields in the entertainment industry. Exceptional Minds provides critical technical and work readiness training customized to help its students achieve their full artistic and professional potential, creating a new pipeline of talented artists, and fostering inclusive hiring practices. Exceptional Minds and its partners are building a future where neurodiverse perspectives are vital to the advancement of a more empowered and inclusive society.
actor animation autism autism jobs exceptional minds graduates HBO HBOmax inclusion inclusion and autism On the spectrum television TV voiceover

Popular posts from this blog

Letter To His "Future Employer" Breaks Hearts and the Internet 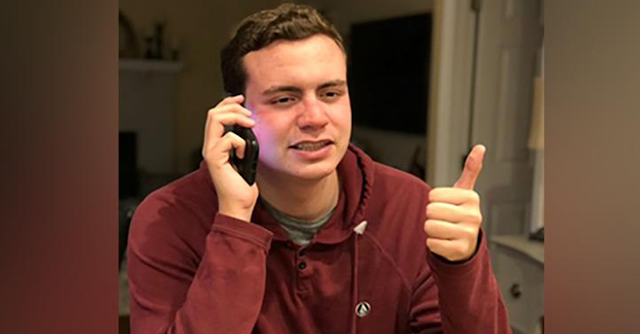 The profound effect one's authenticity can have on the world should never be underestimated. And authenticity, a word that is often used in an effort to be so, more often than not just happens. It however seldom happens by design and almost always happens unexpectedly and in the most delightful ways. In the case of 20 year old Ryan Lowry, a young man with autism and a whole lot of ambition, he took to LinkedIn to share a direct, authentic appeal: "I am interested in a job in animation. I realize that someone like you will have to take a chance on me, I don't learn like typical people do...but I learn quickly, once you explain it, I get it. I promise that if you hire me and teach me, you'll be glad that you did." In this handwritten letter, Ryan is simply asking for a shot! And not the shot we are all eager to have in our arms but a shot at a life of personal, professional, and financial freedom and efficacy. With nearly ONE MILLION people Ryan's age on the ne
Read more

Zoom photo of Exceptional Minds' staff and students during "Round Table." A pandemic wasn’t on the list of challenges for most young adults on the autism spectrum.  No one could have predicted that they would overcome so many social stigmas in the workplace, only to have the very foundation crumble beneath them.  And, yet, many individuals with autism are coming out the other side of COVID-19 stronger than before.  Now months into the largest unanticipated social experiment in the history of business, companies are discovering that employees with autism are adapting to working remotely.  Many, in fact, are good at it.   Companies report that their team members with autism excel at complex projects and communicate better in remote work settings, a new finding for a population that is twice as likely to be under- or unemployed than people without disabilities. At least one global IT firm has concluded that hiring more people with autism is the answer to
Read more

The Making of a Superhero

What is Your Superpower?! ,   our animation studio’s most complex project to date  was commissioned by the Mitsubishi Electric America Foundation (MEAF) for their 30th-anniversary celebration. This video is both a powerful message of inclusion and a shining example of a true philanthropic partnership. Artists are employed on films such as Marvel's The Avengers series and Oscar winners Green Book and Black Panther . Graduates also go on to careers at media companies such as Disney, WarnerMedia, and ViacomCBS. Exceptional Minds Studio's What Is Your Superpower?! was also released during the foundation's September 25th Annual Volunteer Leadership Workshop, which gave Mitsubishi Electric employees a chance to meet our second-year students Becca David (shown upper left) and Leona Tates (lower right) and 2019 graduate Jake Riess (upper right). The event also kicked off MEAF’s 5K run/walk/roll employee fundraiser benefiting Exceptional Minds. “The original concept was to foll
Read more 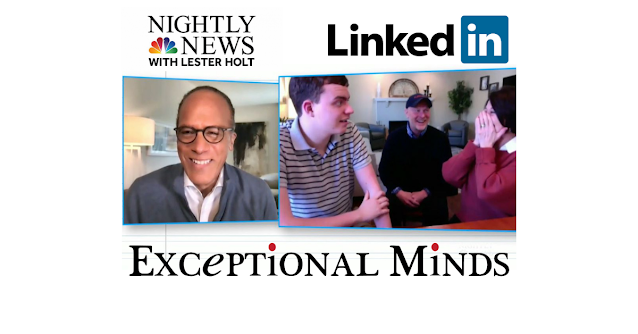 Millions of people around the world have seen his story, read his letter, and shared it or responded to it in some way. Twenty-year-old Ryan Lowry’s handwritten letter asking for a chance at a job went viral on LinkedIn and has been life changing for so many.  We first heard about Ryan through one of our advisors, Aaron Parry, Chief Creative Officer, Stereo-D and Deluxe Animation Studios at Company3/Method Studios. Now, thanks to a grant from that team, Ryan will be participating in our summer animation program at Exceptional Minds. We’re excited to open our doors to Ryan, the many students already enrolled, and to the world of possibilities that await. Enrollment is now open for the Exceptional Minds virtual summer workshops on character animation, motion graphics, 3D modeling and video game creation. Click on Exceptional Minds Summer Programs to reserve your seat! During this time of economic challenge for so many families, we appreciate companies like Company3/Method Studios who p
Read more