- August 06, 2020
A pandemic wasn’t on the list of challenges for most young adults on the autism spectrum.

No one could have predicted that they would overcome so many social stigmas in the workplace, only to have the very foundation crumble beneath them.

And, yet, many individuals with autism are coming out the other side of COVID-19 stronger than before.

Now months into the largest unanticipated social experiment in the history of business, companies are discovering that employees with autism are adapting to working remotely.

Many, in fact, are good at it.

Companies report that their team members with autism excel at complex projects and communicate better in remote work settings, a new finding for a population that is twice as likely to be under- or unemployed than people without disabilities. At least one global IT firm has concluded that hiring more people with autism is the answer to a tech skills shortage.

These findings confirm what we’ve long suspected at Exceptional Minds but hadn’t put to the test until recently.
In June, the Exceptional Minds class of 2020 graduated after completing their final studies online from their homes, away from their peers, instructors, and routines. These were the last critical months of a rigorous three-year program in which they developed technical, creative, and team-building skills to enter careers in animation, visual effects, gaming and graphics, and other highly competitive digital arts fields. With the steadfast guidance and the unwavering belief in their abilities by their instructors, all 12 in the Exceptional Minds graduating class of 2020 rose to the challenge to master not only these important skills but also those skills they’d need to effectively compete in the new world of remote working.

Meanwhile, working artists in the Exceptional Minds visual effects studio completed several projects after finishing cleanup shots for season 2 of Netflix’s The Umbrella Academy, and the Exceptional Minds animation studio wrapped up a complex mixed-media project. The latter was the studio’s most ambitious project to date involving visual effects, music composition, and a dozen animators working in collaboration over the phone and online. The four-month project reached its critical mass during the early weeks of lock-down and required an orchestrated effort between creativity, tools, and talent. The project was delivered on time, within budget and by an online project team made up entirely of artists on the autism spectrum.

By the time June was over, we – like so many others – had discovered a world of remote possibilities for people with autism. We discovered that working from home away from harsh industrial lighting is a welcomed sensory break for many people with autism, as is the break from office noise and closed in working environments. We’ve learned that communication tools such as Slack and Zoom agree with many on the spectrum, as do calendar applications that can set deadlines and manage time and resources when a manager isn’t nearby to enforce structure.

Most of all, like others, we’ve learned that this population is capable of so much more than we ever dreamed possible for them. After all, this is a population that is no stranger to technology, the very same that is practiced in dealing with disruptions in routine and physical distancing. We are just now realizing all the remote possibilities for this capable population.
Exceptional Minds is a professional training academy and working studio for young adults on the autism spectrum. We are a 501(3)(c) nonprofit organization based out of Los Angeles, CA that specializes in training young adults with autism spectrum disorder for meaningful careers in post-production and digital animation. Subscribe to our Newsletter here.

Popular posts from this blog

The Inclusion Factor and Autism

By Benjamin Maixner Exceptional Minds Director of Programs Behavior Analyst (MA ABA, BCBA)
Imagine you’re at a party. This party is not your party or your friend’s party, but your friends’ friends from work, party. You happen to arrive a little early and your friend seems to be running late.  You are familiar with some of the names, but definitely not the faces. The longer you are there the more awkward it feels. You can feel that people are sensing your panic and they start to look you over, but no one comes to talk to you. It’s not that you’re not unwelcome, no one is going to kick you out, but you weren’t exactly invited.
Now take a second to imagine that this anxious and lonely moment lasts for the rest of your life. That’s how one person on the spectrum described to me what it is like to have autism.
Autism affects many aspects of daily living, the most likely well-known of which is social skill deficits. While social interactions can be difficult for many on the spectrum and work can …
Read more 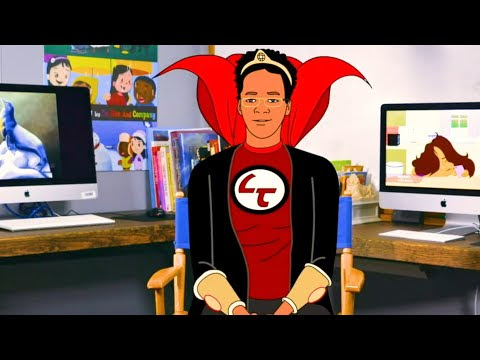 LT: Since I have been here, I was recogniz…
Read more

The Making of a Superhero

What is Your Superpower?!,our animation studio’s most complex project to date was commissioned by the Mitsubishi Electric America Foundation (MEAF) for their 30th-anniversary celebration. This video is both a powerful message of inclusion and a shining example of a true philanthropic partnership.Artists are employed on films such as Marvel's TheAvengers series and Oscar winners Green Book and Black Panther. Graduates also go on to careers at media companies such as Disney, WarnerMedia, and ViacomCBS.
“The original concept was to follow a cartoon character through the Exceptional Minds experience, culminating with employment in an actual studio. Our animation team decided that the story would be best told through actual interviews with our young adults that literally became animated,” said Howie Hoffman, Creative Director of the Animation Studio.
This Foundation's loyal support has provided our school and studio with much needed financial backing needed to secure a future for ou…
Read more